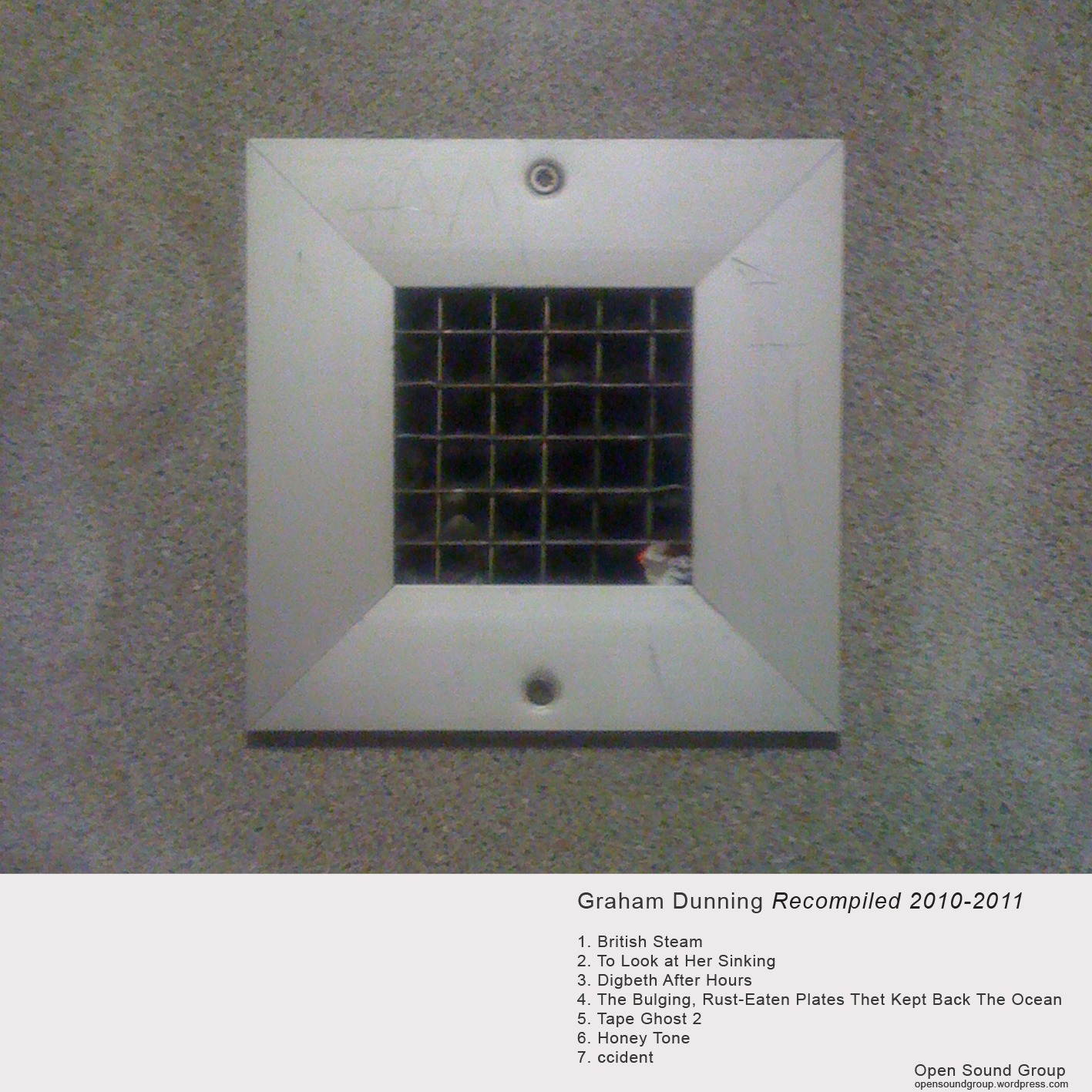 Graham Dunning: Recompiled 2010-2011
A selection of drone, improv, noise, doom, abstract, field recording and found sound tracks by artist Graham Dunning played at exhibitions, on radio shows and released on compilations in 2010 and 2011.

"My working practice deals with temporality, memory and narrative through sound, performance and installation. I am interested in people's discarded memories and the function of archiving. Found objects, photographs and recordings feature in my work investigating notions of the artefact and implied narrative. Experimentation is fundamental, and my practice is often informed by scientific or archaeological protocol."

Uploaded by grahamdunning on February 7, 2012